Oh wow. It's been quite a few years since my last post. I can most definitely say things have changed, and for the better! I am still happily married, so that much remains the same but I now have a full time job, I own my own car now, I have two beautiful little kitties that are as badly behaved as 2 year olds, aaaannndddd we just bought a house! Omg wow! Yea! I just bought a house! Literally 3 days ago our offer was accepted and just a few hours ago we signed for it! We move in at the end of the month! This is such a big deal to me. In just 2 years I have gotten married, gotten a job (I don't really like it and I'm currently looking for another one but hey, I still have it), bought a car under my name, and now I'm the owner, along with my husband of a small apartment home. Craaazzzy where life takes you!
I would really love to get back into blogging. It is something I truly enjoy, although not so much at this moment since I'm doing it from my iPhone, but you get what I mean. So until I get moved in and have my new desk/office space settled you ca be happy in knowing that Mariana is happy....(except for her current job by it at least pays the bills)! TTFN, tata for now!
Posted by Unknown at 2:58 PM 1 comments

Our laptop has been in and out of the shop...they keep "fixing it" and then when we get it back something else is wrong and it goes back for repairs the next day. That is why I have not posted in a while...all of my pictures that I take with my phone automatically go straight to my computer, but I don't have that option right now. And uploading them from my phone to the computer takes forever. So I am waiting patiently.
However I have been busy, well kind of. With trying to find a job and all and bad weather I am at home more than I would like to be. So Ive been trying to keep myself occupied. I started painting again. I took advanced art back in high school. I had exhibitions and was tested in it by the international baccalaureate program. After that I hadn't painted or drawn again...until now. I used only acrylic paints. I like that it dries quicker and its not as expensive as oil paint and all the spirits and oils you need for it. Ive been painting mostly flowers, inspired by pictures I find on Google, but Ive done a few other ones. I hope you like them! I am currently painting a peony for my sister in law.

The first and third are my favorites...the turtle, the orange lotus and the boat were all gifts. The other ones are displayed throughout the house. It's easy for me to paint, Im blessed to be gifted with artistic abilities. Its not that expensive and I think that this is a perfect christmas present idea for this year. Since I like to make my gifts, what better way than to use my skills and make it more personal!

My week in Kristiansand.

This past weekend, I went on a little vacay to Kristiansand, to visit my sister in law, her husband and my nephews aka niblings (slang term). I also met with some online friends for the first time, but it felt like we had been friends for years.
I liked the city, it was small, and maybe a little too small for me, but it was...cozy, as Norwegians like to say.(Kristiansand is maybe 6x10, in terms of blocks, so you can go back and forth from one side to the other in less than 5 minutes).  They have this summer theme going around the whole city right now, with little blue flags everywhere that say "summer in Kristiansand" and sandboxes for kids to play in randomly placed throughout the city. They even had sand sculptures! 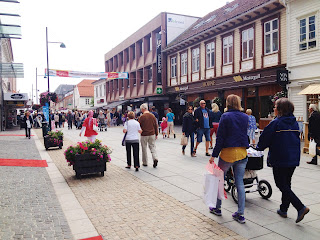 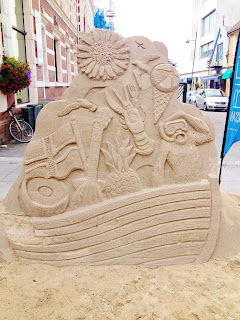 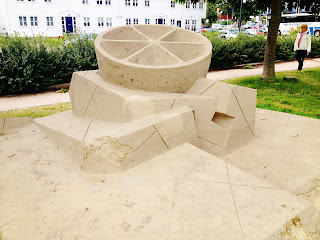 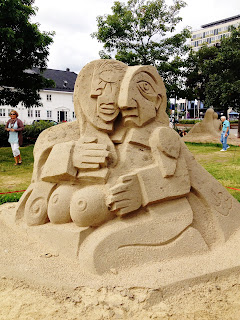 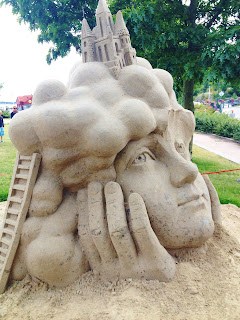 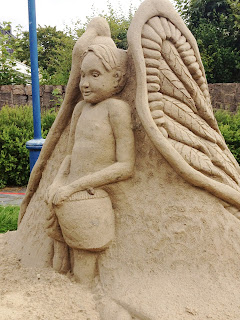 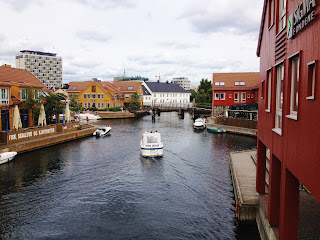 On Tuesday we took a mini road trip to Lindesnes, the most southern point in Norway. It has a lighthouse and several tunnels and caves where soldiers used to hide and keep watch for enemies. It had a beautiful view of just massive blue sea and the sky was spotted with big fluffy clouds. 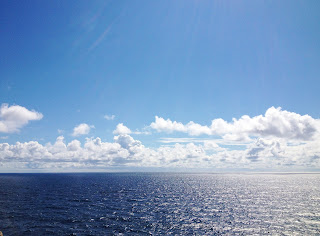 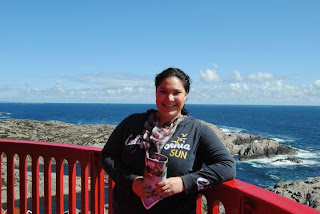 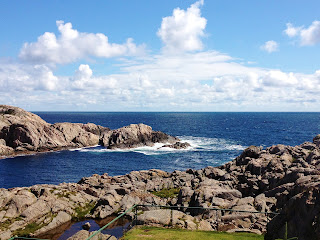 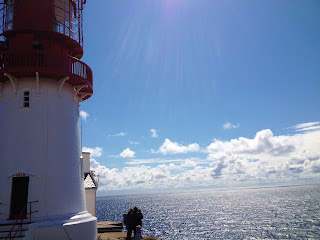 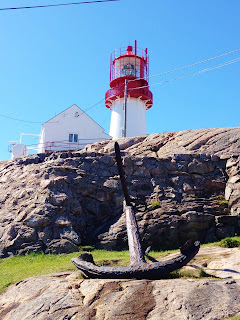 On Friday, before I flew back to Bergen, we took a hike in a forest not even 5 minutes from the city. The Forest is called Baneheia, and although it is beautiful, the area has its past nightmares. There were some gruesome murders committed there back in 2000, but since this is a nice post about my good time there, I'll keep the sadness out and add this link if you're interested in reading about the Baneheia murder case. I'm still suffering from the hike right now. As you read this the bug bites on my heels/feet are screaming at me "scratch me, scratch me". I hiked in flip flops...not entirely stupid as they were Dr. Scholls flip flops and offered amazing support. It was the berry picking that probably did it as I was in those bushes stuffing my face with blueberries. Next time, I'm using bug spray. 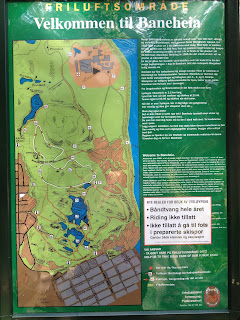 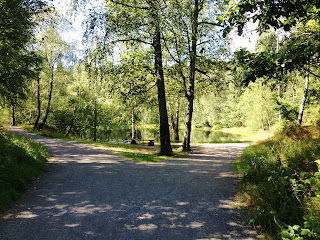 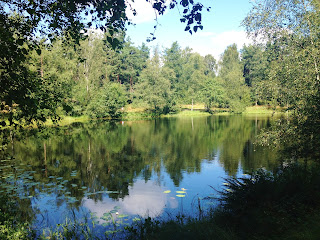 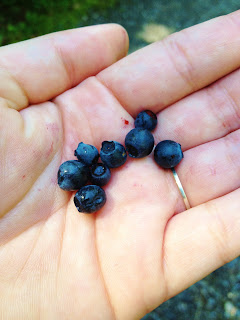 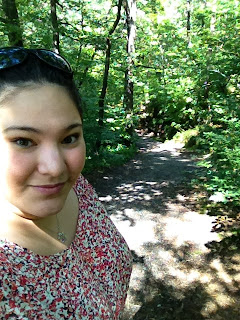 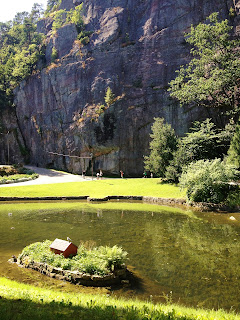 Although I didn't get to go swimming at the "beaches", I had a great time there and would love to go back. I wouldn't want to live there but it is definitely worth visiting.
Posted by Unknown at 12:29 PM 0 comments